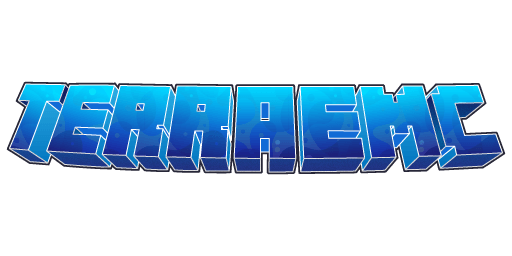 TerraeMC is a Towny server with the Earth map that uses a virtual currency called Terras. To put it simply, it is a survival server in which you can protect your stuff by creating towns, and then inviting people to those towns and expanding your town together.

Viewing the world's map in real time has never been easier! Get a bird's eye view of the map from your browser at any time!

These are rules about harming the server and the gameplay.

Players may not use any cheat clients or hacks of any kind on the server - this includes but is not limited to Fly, Kill Aura, Xray. This also includes Minimaps, it is alright to use the Minimap without the ability to see players/mobs/caves on it but if it shows players then it is considered cheating.

Players are not allowed to use auto clickers to play the game on their behalf. Examples of this would be automatic fishing farms, using a keybind to click by holding a key, or using an auto clicker to attack mobs at a mob farm.

Players are also not allowed to take advantage of any exploits or bugs that are found on the server. If a player finds an exploitable bug or technical error, they should report it in a ticket on the discord server as soon as they find it (/discord) to avoid punishment.

Players are not allowed to cause lag to the server in any way via the use of redstone machines or any other contraptions or blocks that cause an unnecessary amount of lag.

Players may not use alternative accounts (alts) on the server for any reason whatsoever. Doing so will result in a ban on all accounts involved.

These are rules about the general attitude in-game.

Trapping players in the wilderness is allowed (the exception to this is Rule 2.2 and town borders), as long as the trap that is used does not stop the player from playing the game. An example of a trap that stops the user from playing the game is a nether portal trap (this includes spawn killing). If the trap is used to kill the player, for example, a pitfall trap, it must be in the wilderness. No traps of any kind are allowed inside towns unless both towns are at war.

Stealing items from inside a town is not allowed. Players may take items that are outside of the claimed territory. Scamming of any kind is prohibited. Examples of scamming includes but is not limited to - telling a player that you want to sell them/give them/show them something only to meet with them and kill them, telling a player you want to buy an item from them and then not pay them after receiving the item.

If you want to trade with someone, make sure there is agreement using in-game chat. Any trades over voice chats are too risky, and if you get scammed for a trade done in voice chats then that is your own fault and no action will be taken.

Players may not kill players via any method whilst inside a town's boundaries under any circumstances. Players may not push players out of claims into the wilderness via the use of fishing rods or any other game mechanics/items. Players may not PVP Toggle. PVP Toggling is when you turn on PVP in a town in order to attack someone who is standing inside the safety of a town.

Players may not repeatedly send the same message, or similar messages, multiple times in chat in a short space of time.

Toxicity is chat behavior that includes but is not limited to - Harassment, hate speech/discrimination, threatening self-harm, encouraging others to self-harm, insulting other players. Due to the nature of this rule - with one person's definition of toxicity differing from another person's - please respect what members of staff say. If a member of staff deems that something toxic has been said, do not argue. If you wish to dispute it, open a ticket about it on discord (/discord) and explain what happened.

Players may not impersonate other players by the use of changing their Minecraft username, changing their in-game nickname, or by using their town or nation name.

Malicious links are not allowed, this includes but is not limited to links containing viruses or IP loggers. Links that redirect to sexual or extremely disturbing websites are not allowed. Links as YouTube videos, tweets are allowed as long as they are not harmful in any way.

Advertising is not allowed in any form, except if it is to do with this server.

English is the only language allowed in global chats. If you wish to speak a different language with your friends, you may use /msg or create a party with your group using /party.

Begging is not allowed on the server as it can annoy players, do not ask for free loot, teleporting to another continent.

Players may not team up with players in order to influence the outcome of events. Examples of this include but are not limited to - teaming up with a player on a different team when playing the team battle-royale event.

You may not disturb any staff member while they're on their duty, you cannot kill the player that the staff member is inspecting or talking with, doing so will get you punished.

Homes can be set in easily accessible terrain, including towns. Homes can not be set in areas that are normally not open and/or available to outsiders. Said areas include but are not limited to houses with locked doors, underground systems like storages, and non-public mob farms.

These are rules about griefing player's structures.

Players are not allowed to damage terrain inside a town, or within a 5-chunk radius of a town. Examples of damaging terrain include but is not limited to: Placing water and lava to create cobblemonsters/lava casts, destroying blocks around claims, burning houses with fire.

Players are not allowed to claim areas of land if the claimed areas would stop another town from expanding. This includes but is not limited to creating long arms to block a town expanding in a certain direction, creating outposts next to towns to stop them from claiming in that direction.

Players are not allowed to terraform in such a way that it changes the landscape in an unrecognizable way. Creating hills or mountains is allowed, as is flattening hills or mountains. If players wish to create their town in a body of water, the town must be made using structures that make sense to be in the water - for example, ships, oil rigs, piers, etc. Examples of terraforming that isn't allowed include but is not limited to - extending land outwards into bodies of water, creating islands in the ocean where there wasn't before, increasing the size of islands.

These are rules about naming your town and also your Minecraft account.

The names of nations must correspond to the real-life location of the name used. For example, a player cannot have the capital of their nation in Africa and call the nation "Japan". Nations must be named after an existing real-life nation (for example, "Germany"), a historic nation that doesn't exist anymore but did in the past (for example, "Castile"), a geographic area of land (for example, "Scandinavia"), a state (for example, "Texas"), or a town (for example, "London"). Towns can be named anything at all, but both Town and Nation names must not be offensive in any way.

Players must not use sexual, racist, or otherwise inappropriate nicknames or Minecraft usernames.